Since we opened in 2012, our snooker teams have been successful every year - Lennon's H just pipping Lennon's A and C in Div one. Captained by Martin Finnegan - an ex England youth player, Lennon's H have a strong history, not only in the Chesterfield league, but also Sheffield and Rotherham leagues.

In addition to the captain, team players include David Brieley, singles champion and player of the season on two occasions - then add Kevin Breeze, Stuart Swindells and Benji Buckley with subs such as Adam Duffy, then you just have to say what a team! 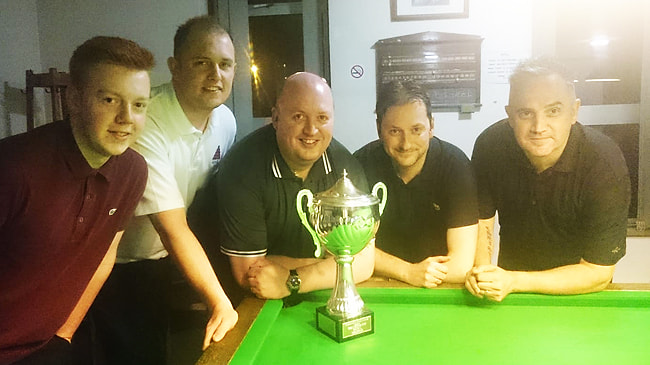 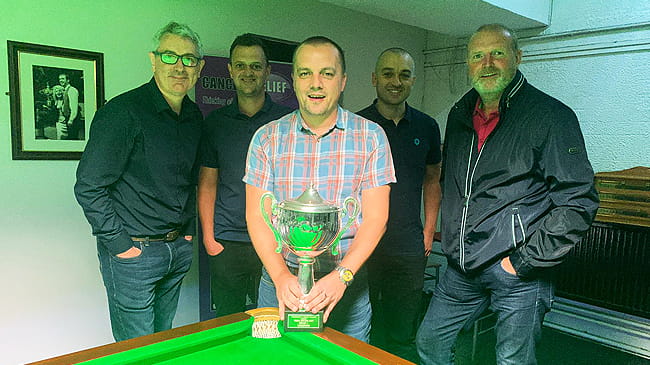 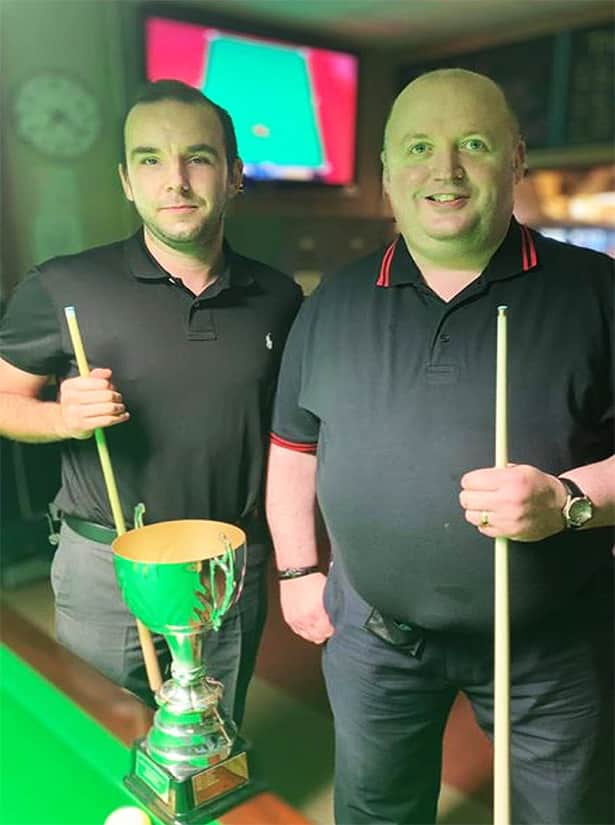 Benji Buckley and Martin Finnegan before playing the final of the Harry Anderson KO cup 2020, Benji winning the final after a close fought battle 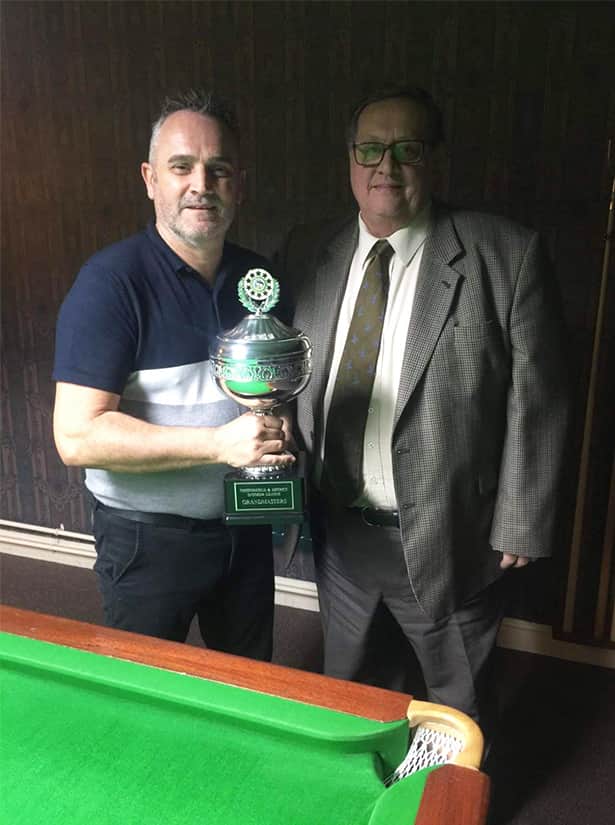 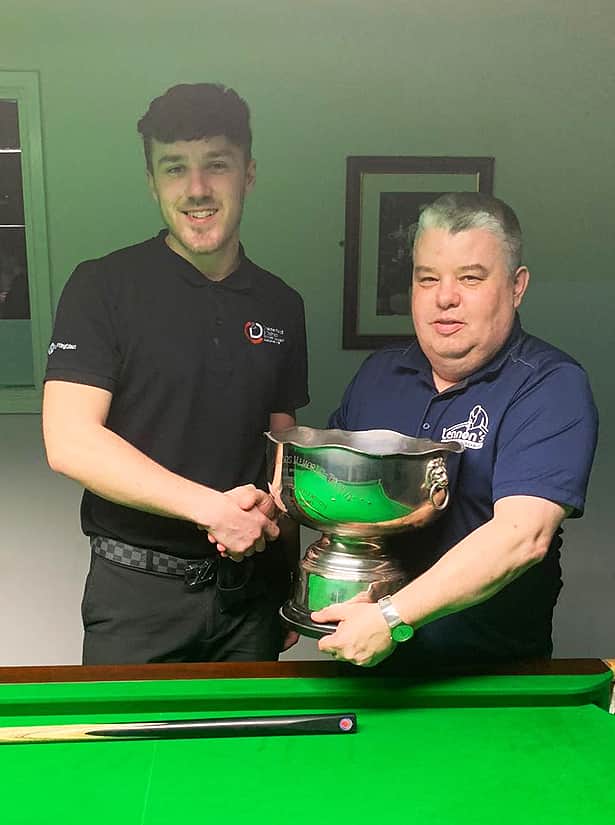 Sean presenting the under 21 snooker final winner, Kurt Pashley, with his trophy

If we move over to the game of English pool, again, our teams and players have had more than their fair share of success. Steve Evans captained a very strong Monday night team with the likes of Adam Foyster, Ben Bennett, Jimmy Nicholls, Kieran Lennon, Robert Tittchener, Dean Watts and Steve Finnigan. It's not just about winners - every Saturday morning at 10 am we have a youth academy which attracts young players (male and female) of all ages and abilities to learn the games of pool, snooker and darts.

The pool players' target is to get into the Derbyshire youth team, of which a high percentage achieve once in the county set up. The next target is to get into the England team. In the 8 years this has been running, we have had four players reach that goal to then go on to win European and world titles! Kieran Lennon was the first junior player from Chesterfield to play for England, only getting knocked out of the singles event at the quarter finals of the world championships. Kieran was followed by Camron Easton who's last frame black into the middle pocket in the semi final against Australia will stay in his memory forever! Jansen Clarke then gained his England waistcoat - his attacking style of play won many a match for his country. Last but not least was Calhoun Cronin, who as an England team player has won both world and European championships

We are always wanting young players so contact Sean to get going - but DON'T forget to chalk!