Chesterfield snooker club opened in 1985, a new venture for Mr David Smith who was the owner of Embassy Double glazing, Dave had a love of snooker and was a fair player as well.

Originally the bar was to the left as you entered the club and there was also a bar on the upper level. There was a TV room near to the fire exit on the first floor and the match table was in the area next to the present bar. If you look at the scoreboard next to the 9-ball table, you will see this is the original scoreboard from 1985! It was nearly thrown out when we took over the club in 2012

When Chesterfield snooker club closed its doors, it was renamed and became "The Sports Bar". I do not know a lot about the owners of the club at this stage, but in my opinion the owners were not cue sports enthusiasts and the tables where largely unused. To their detriment, the club hit rock bottom, being closed numerous times and developed a poor reputation with the local players.

In June 2012, Sean and Joanne Lennon opened the club as LENNONS POOL AND SNOOKER. Joanne, a nurse by trade, packed in her career to manage the club while Sean carried on in his day time job as a Sales Engineer, which meant that a wage was coming into the Lennon household whatever happened in the club.

On a Saturday morning, Sean ran a Youth Academy - an idea he had been inspired by from the old Eckington Snooker Club, but as a parent Sean had to make sure the venue was safe for Children to be in. So, a long intense membership battle began and the ethos of the club started to be built on a family friendly safe club, which is still in action every day.

The club remains run as a Snooker and Pool Club - not a town centre pub. It has low level music & Sport on TV, but nothing will interfere with your game! The tables are expertly looked after both by the staff who clean iron and sanitise the tables after every booking - and also by Paul and Tom Mills, who have been our table technicians since we were first involved with this venture in 2012.

We use Hainsworth match cloth on all the tables with Pro Cup balls for pool and Aramith tournament champion balls for snooker. Our two 9 Ball tables are both Sam K Steel tables with Aramith Super Pro balls.

We sell cues, cases, and all related items at very competitive rates - if you don't see it on display just ask at the bar. We are official agents for Century tips, chalk and accessories.

Snooker lessons can be gained from our resident professional and ex world champion finalist Nigel Bond, who is a world snooker grade A / level 2 coach and he can be booked through the club by ringing 01246 201888 or enquire online. Junior coaching and Pool lessons are available every Saturday morning from 10 am with Sean himself. 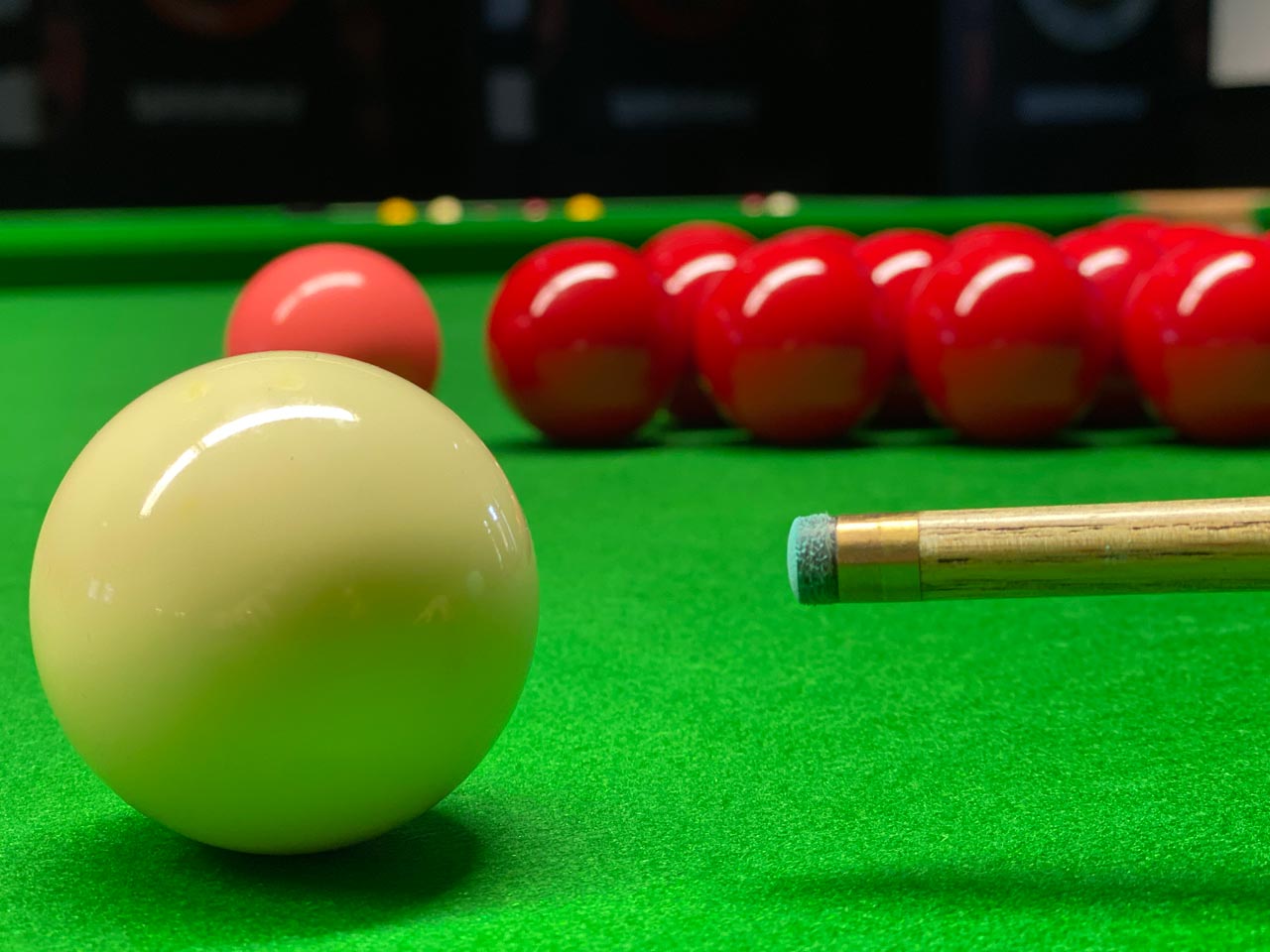 The Lennon family have been involved in local pool since 1984. When the old Whitt Moor and district Thursday night pool league folded, Sean's dad Mick took the league to Barrow Hill Memorial Club. The club agreed to act as a central venue for the league meetings and to bank all the league monies with signatories from the league and the club to make safe all the league funds.

The league flourished with only a few hiccups - one of them was having meetings at 7pm on a Sunday night as a lot of the team representatives had met up at 12 noon!!

Mick I am sure would be remembered as a strong but fair chairman of the league. He liked a laugh and a joke and would sometimes say the right sentence at the wrong time, but players of that era would always have a memory of him. Sean's memory would be the time he cleared the table on reds playing for the Labour club. With all due respect to his teammates, 8 ball clearances didn't happen that often and his teammates where ecstatic with the result, but not Mick... His words of wisdom were – "I thought you should have took yellows" – typical keeping Sean's feet firmly on the ground.

After a short illness, Mick sadly passed away in 2010, which left a massive hole in our lives and in the local pool league. Sean had taken over as the chairman of the league from his dad, which kept the family link with pool going.

In 1998 Kieran Lennon was born, who had no choice in being taken for a game of pool with grandad and dad. He learned the game very quickly and was the star in holiday venues when people saw a 5-year-old pot balls as if he had played for 20 years! Kieran made his debut as a 6-year-old in the Barrow hill and district league and got to a final at the age of 7, playing in the mixed doubles with his dad. (His dad was the lady of the pairing).

With Kieran going from strength to strength at pool and snooker, we decided to look at a change in life style and look to open a pool club in Chesterfield. After viewing numerous venues, Sean got speaking to a customer at work and was speaking about Kieran's pool playing- the customer said "I own a snooker club..." Sean asked which one and the customer replied "The bad one!" Sean said "Stephenson place?" and the customer said "how did you know that?" Sean's reply was "I've played there and it used to be a great club". Following this timely conversation, a meeting was arranged the next night - it was still bad, but with great optimism a deal was agreed!

Lennon's Pool and Snooker was opened in June 2012. With a tear in Sean's eye as he put the sign-up thinking that his dad, "dad would have loved this."